Alice is the lovely and lively pink girl from the Sunny/True litter.  She was the first one from her litter to do everything--and do it with enthusiasm. 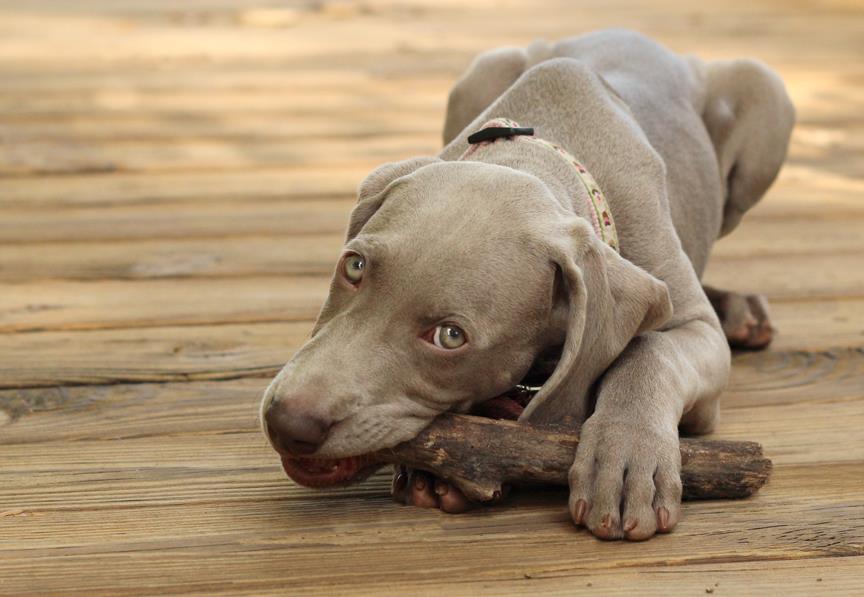 Alice has become a very elegant girl with lots of performance potential.  She tracks, swims and retrieves enthusiastically, and is training in obedience and rally.  She finished her breed championship with three majors and will now concentrate on stuff she thinks is a lot more fun than the breed ring.

Alice is owned by Ellen Grevatt and me. 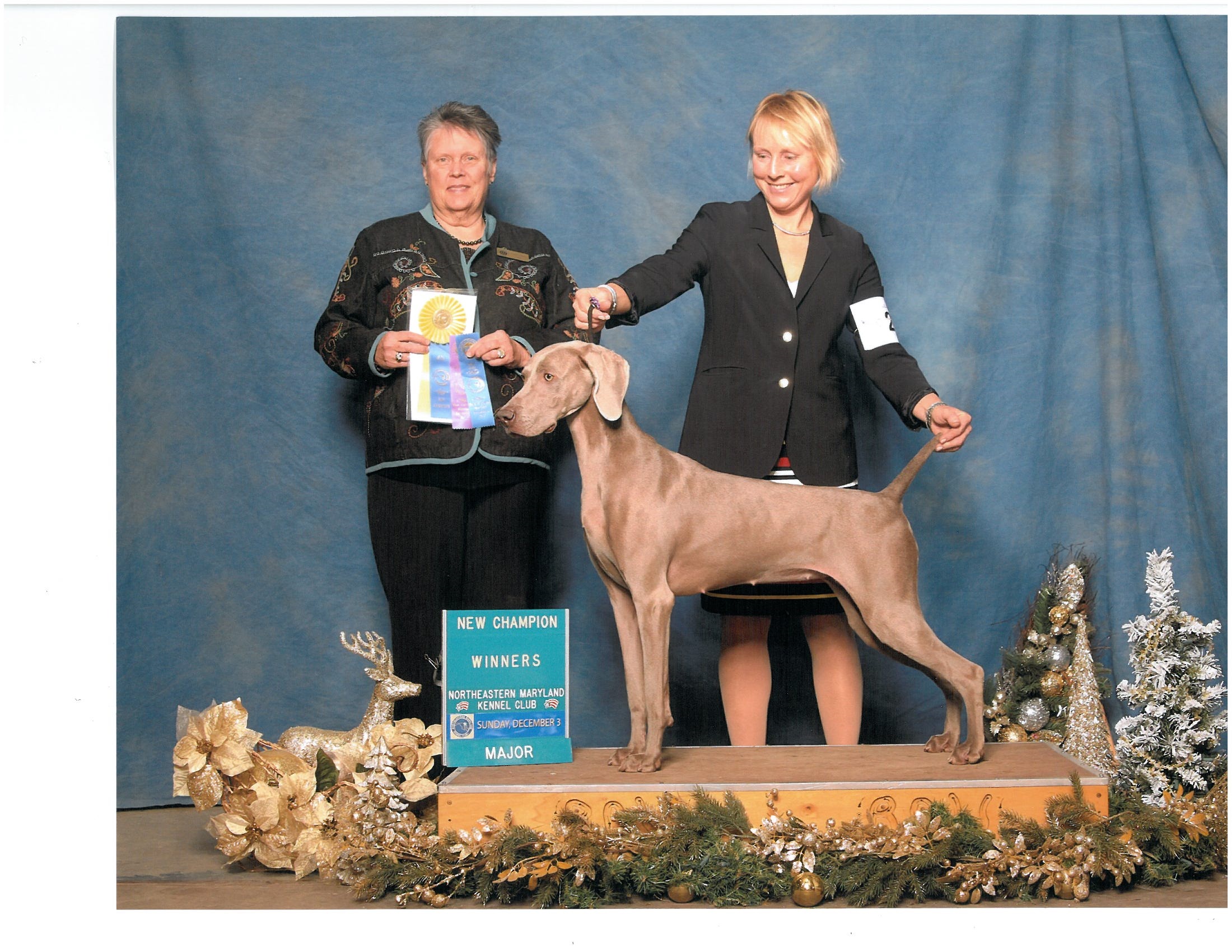